MUSEUM OF
ANTHROPOLOGY AND HEALTH

MUSEUM OF HEALTH AND DISEASE

Welcome to the Museum of Anthropology and Health. After months of closure due to the COVID-19 pandemic, we are proud to present our newest virtual wing: THE DISCOVERY OF INSULIN!

Before you begin your self-guided tour, please take the time to familiarize yourself with our new virtual experience.

We know that the thrill of walking through a museum is mostly due to the nature of being there physically — so we have added music to this wing to make your experience livelier! If you haven't already, we suggest playing the audio file provided below. Today's theme stems from the popular yet elusive 'academia' aesthetic, so we hope you enjoy listening to Gang of Youth's "Achilles Come Down." If the music ends before you conclude your tour, then you may listen to the song again by pressing the play icon.

This is your home page — if you ever get lost in the gallery, simply click on the home icon at the bottom of the page to navigate back to this section.

In addition, there will be arrows on either side of the home icon; these will allow you to walk through our wing and retrace your steps if the need arises.

On the off-chance that you happen to experience a malfunctioning feature (ie. a photo fails to load, buttons lag, the music does not play, etc.), please contact this museum's curator (SHAYA) so we may assure that you will have a wonderful experience!

a history of INSULIN 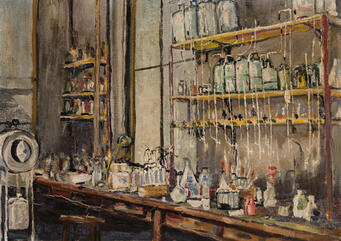 The discovery of insulin came into the light when scientist Frederick G. Banting made the revelation at a lab belonging to the University of Toronto (UofT).

Before then, diabetes (more commonly known as diabetes mellitus) was known to impact the liver or stomach. Diabetic individuals showed traces of sugar in their urine, and after experiments were done with canine, it was deduced that there was a key element in the pancreas that could help the body fight this diease and regulate metabolism. As the initial theory had to do with increased sugar levels, many diabetic people began to eat less in hopes of slowing down the process that could kill them through starvation (Bliss, 2015.)

In 1920, Banting came up with the idea to isolate a certain secretion made by the pancreas after ligating the secretion ducts in canine subjects. After transferring the extracted 'islet' cells to a diabetic canine subject with the help of Charles Best, it was found that sugar levels dropped back to a healthy level (Hegele & Maltman, 2020).

Though this worked well, it wasn't an ideal solution to treating diabetes consistently. Not only did the extraction process prove hindersome and time-consuming; the pancreas had to be chilled to inhibit enzyme fuctions (Bliss, 2015). James B. Collip entered the team then, and in 1922, he found a more efficient method to extract the cells, as well as remove the toxins that were obtained through Banting and Best's technique. This purer extract allowed for successful results, a key moment in the discovery of insulin (Wright, 2020). As a result, many lives had been and continue to be saved every day due to this break-through in science.

However, it is important to note that tension began to brew between the scientists in regards to how much each had truly contributed to the discovery — leading to one of the great controversies in scientific research.

There are many notable persons who had set the foundation, had made revelations towards, or had been part of the team at UofT in the discovery of insulin.

In this area of the INSULIN wing, you will be able to explore through three sections; each represents a scientist who had been involved in the final stages of the discovery made in 1922. You will get the opportunity to learn of their contributionand the significance of their part in the discovery of insulin — all while admiring a few pieces of artwork of each person! 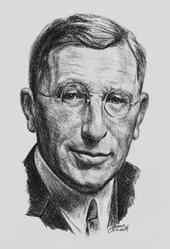 One of the most notable names associated with the discovery of insulin is Dr. Frederick Banting. Raised in Ontario, he graduated in medicine from UofT before enlisting in the First World War and later taking up a medical practice in London, ON (Bliss, 2015).

Banting hypothesized that extraction of certain cells from the pancreas was difficult due to the digestive secretions within its ducts. He performed ligation on these secretion ducts to successfully extract the internal secretion with the help of Charles Best (Hegele & Maltman, 2020). Banting transferred the secretion into a diabetic dog, curing the subject.

After the publication of their research, Banting adamantly declared that he was the one who deserved the Nobel Prize for the discovery despite John J.R. Macleod's contributions. He also did not see James Collip's role in the discovery as significant enough to warrant the same amount of honor.

With time and support on Banting's side, he and Best became known as the scientists who discovered insulin, claiming the main spotlight. 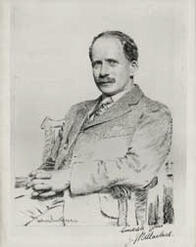 Another scientist who played a role in the discovery of insulin was John J.R. Macleod. He was a 'renowned physiologist and expert in carbohydrate metabolism' at UofT and though skeptical of Banting's credentials, he allowed him to work in the labs under his direction (Bliss, 2015).

Before leaving the country for some time, Macleod had instructed both Banting and Best of how they were to proceed with the duct-ligation. Macleod posed as a sharp and stern figure in the research, demanding more replications of the experiments being done. There had also seemed to be tension between him and Banting as he constantly disagreed over the resources and facilities available in the lab (Bliss, 2015). He eventually brought Collip onto the team and eventually published a paper on the discovery titled "The Effects Produced on Diabetes by Extracts of Pancreas" in 1922 (Bliss, 2015).

Many experienced scientists agreed that Macleod and Collip's renowned place in the scientific community was the reason why Banting and Best were able to make the discovery, claiming his guidance to have been invaluable (Bliss, 2015). After Banting and Macleod were both recognized, they both gave half of their prize to Best and Collip respectfully in 1923. It appears that there was rivalry between Banting and Macleod, even though both had played a role in the discovery of a solution that would save many lives. 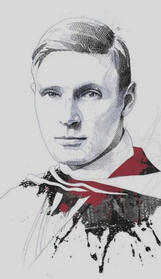 Originally from Toronto, James Collip was a professor at the University of Alberta and joined Macleod's research team upon the request of Banting. He worked with both Banting and Best to correct their initial method of extraction, as their experiments yielded inconsistent results.

A key breakthrough in their research was on Collip's behalf as he found a way to "remove toxic contaminants from Banting and Best’s extract" (Bliss, 2015). This contribution removed the staggering outcomes of the tests and led to purer extracts being used at successful rates (Wright, 2020).

Upon publication of the research, Banting claimed that Collip had only played a small role in purifying the essential secretion from the pancreas and his supporters backed up his claim. Though Collip was not given the Nobel Prize, he did get half of the money from Macleod for his part in the discovery. However, as time passed, Collip and Macleod's names would be pushed to the corner of the stage with Banting and Best taking the spotlight, despite the fact that his contribution (even if seemingly minor) had turned the research down the correct path.

That concludes the tour around our new THE DISCOVERY OF INSULIN wing! We hope you enjoyed your look around the Museum of Anthropology and Health, and that you have learned a lot about the important figures from each section, as well as their significant history. No detail is too small, and scientific/anthropological research continues to prove this notion.

We will end this tour with a quote, spoken at Toronto’s Nobel Prize dinner, 1923, by an unnamed scientist: "in insulin there is glory enough for all." (Bliss, 2015).

Thank you for coming, and we hope to see you again, healthy and safe!

with regards from your virtual curator;
Sharuthie Ramesh.
( Shaya )